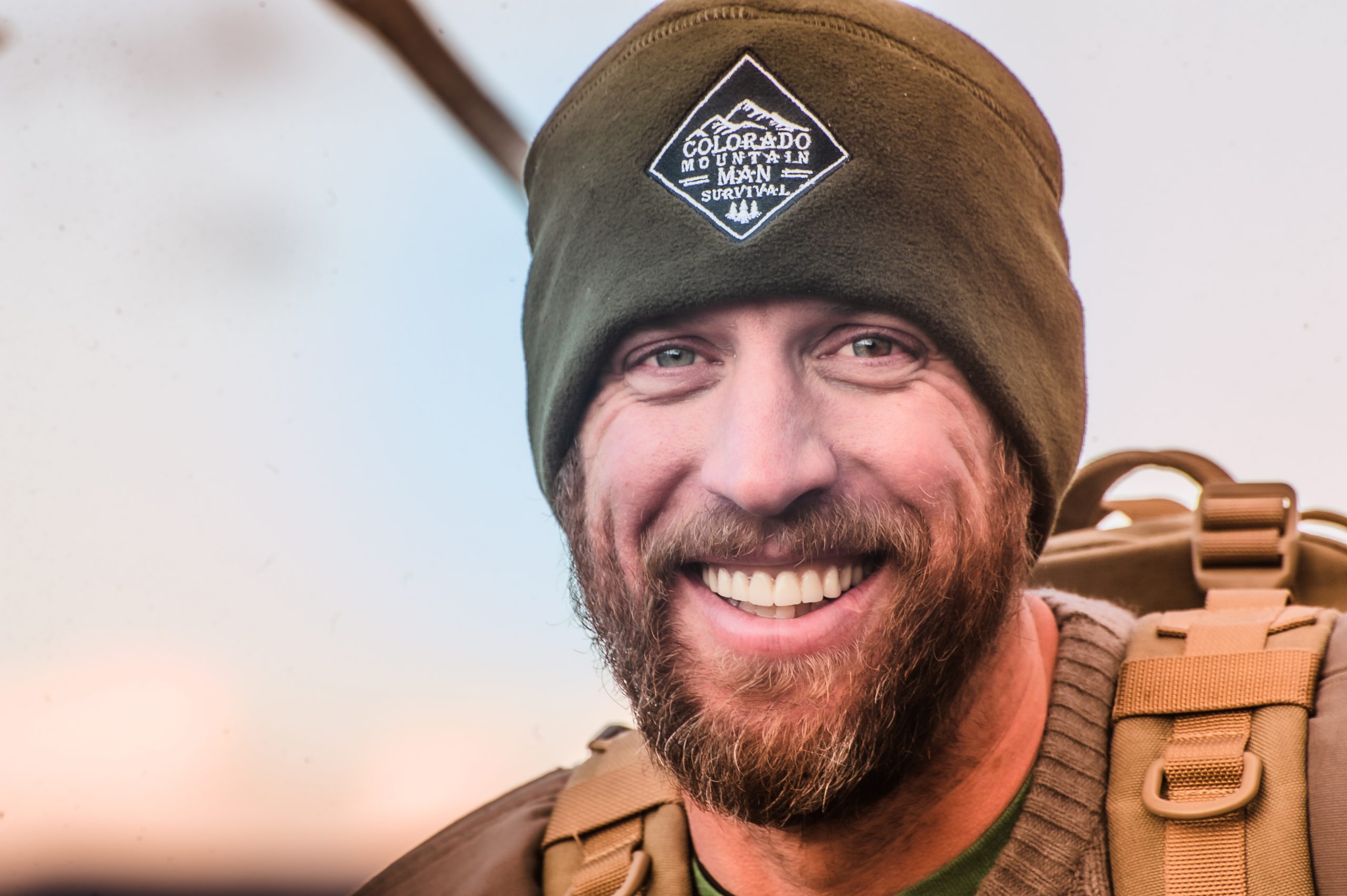 While living in a small mountain town, Jason was with the volunteer fire department, worked as a tourist guide, worked construction and even worked in an active gold mine. When he wasn't going to school, or working, Jason was on an adventure in the surrounding mountains. Jason moved on to attend the University of Northern Colorado with a focus on wildlife biology before turning his sights on a technical “career”, which he found completely unfulfilling. It paid the bills and allowed him to still spend a lot of time in the outdoors. With spending a good deal of his life in the city, Jason knows the reality of living in the world that most live in today. When survival and prepping became popular, Jason found a use for his lifelong experiences and went back to his roots in hopes to get his fellow man back to nature. ​

He really is a jack of all trades and has the knowledge, personality and drive to teach and put together a well trained team to pass on these skills to you. ​​

Jason Marsteiner is the owner, founder and operator of Colorado Mountain Man Survival and former Level 2 Survival Instructor for Sigma 3 Survival. Jason runs the Colorado survival school and teaches various survival classes. To earn his Instructor Certification he trained for 45 days in the forests of Arkansas/Missouri and 12 days in the jungles of Costa Rica, with little more than a basic survival kit. He is also BWLS (Basic Wilderness Life Support) certified through the University of Utah School of Medicine.

He is a Colorado Native, born on Peterson Air Force Base in Colorado Springs. Jason grew up in the mountains West of Colorado Spring and though he isn’t a mountain man as most perceive it, running around in a bear skin coat and a raccoon hat, he is nonetheless a mountain man. He is not a hardcore survivalist or bushcrafter. He is not a prepper, or a tactical firearms instructor. What he is is a well grounded jack of all trades with a desire to teach and spread the knowledge of what he feels is a very important subject. What people call a prepper and survivalist these days, was called common sense and was a way of life when living in a small mountain community. What Jason is, is a hunter, a fisherman, a hiker, a camper, a backyard homesteader, a cook, a caring father and a loving husband… and an outdoorsman, that incorporates the skills of survival and bushcraft to do what he loves to do. Jason has spent thousands of hours in the backcountry honing and practicing his primitive and modern survival skills. 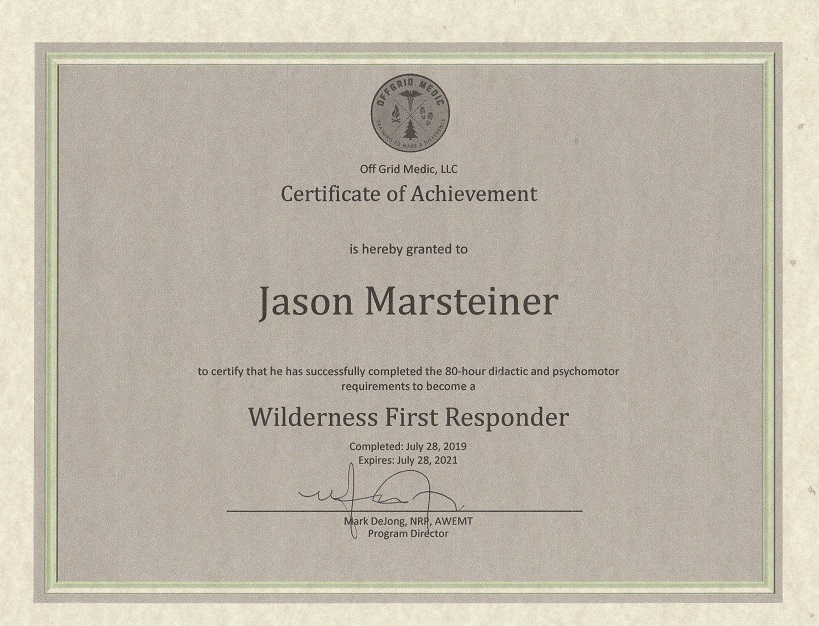 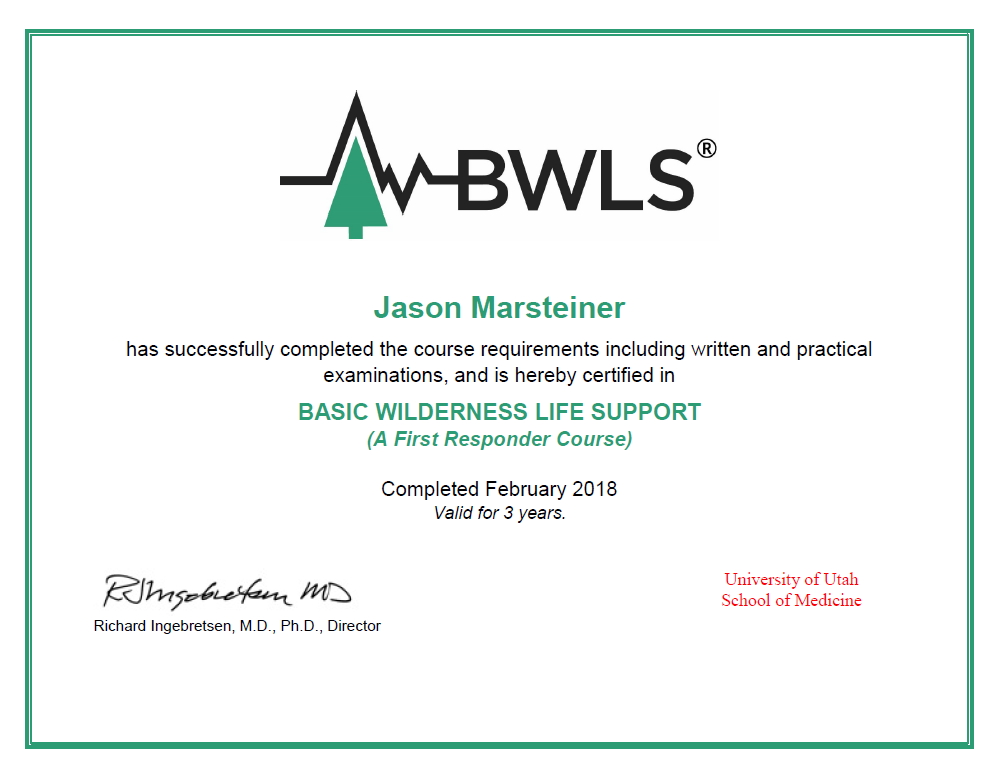 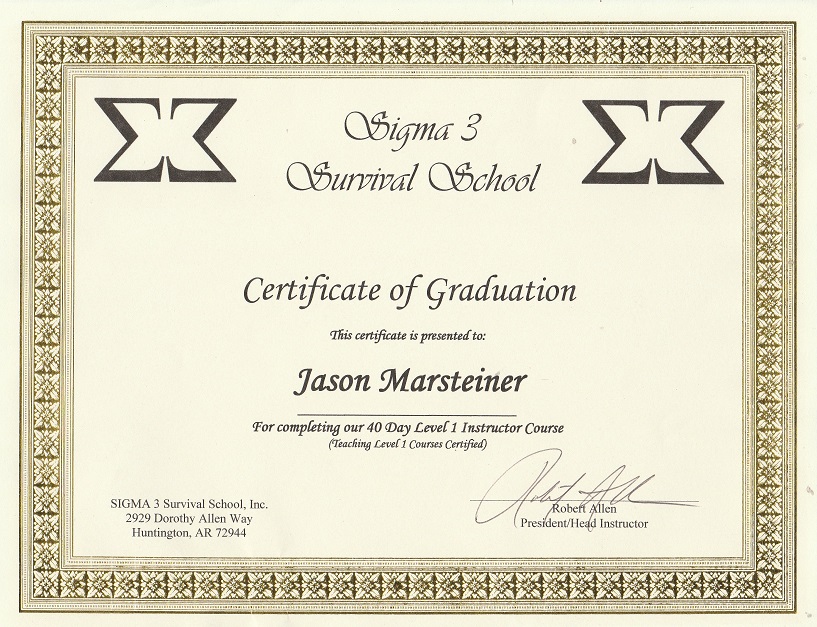 ​Hello, I am Jason Marsteiner and I am the lead instructor and founder of Colorado Mountain Man Survival, LLC. I decided to officially start this journey in 2010 when I made the move to start our survival school to pass on my knowledge to all that would seek it out. But there is much more purpose behind it than just being with like minded individuals. ​

I was born in Colorado Springs and grew up in Cripple Creek which is only minutes away from the schools location. As a child, camping, hiking, hunting, fishing and what everybody deems as survival and prepping skills these days, was just a way of life for my parents, my sister and I and pretty much everyone we associated with. ​

When most kids were doing what most kids do, I was packing my survival kit and heading out into the hills to see what kind of adventure I could find and it has molded me into who I am today. As I am a family man with a wonderful wife and 4 children, my intentions are to run a family friendly survival school while still offering more intense programs that many of you desire. We strive to offer classes for younger individuals to get them back to nature and away from today’s ever evolving technology, but still run separate courses for adults looking for a true survival experience or to those that just seek skills to better themselves. ​

Many people ask what got me into teaching survival. What got me started? Everything started with my father as he pretty much taught me everything I know about being an outdoorsman. He laid the groundwork for it all but in 1993 is when the path ultimately started. That year I turned 17 years old and that year my father died in a tragic accident that probably could have been avoided. After developing many more years of life skills, practical skills, survival skills and experiences I decided that with my knowledge, if I could bring one father, one mother, one son or one daughter home to their family, by teaching my skills and experiences to them, that is what I was going to do. I hope that you never face a survival situation but if you do, I hope what you learn from me and my team of instructors, will bring you home to your family.