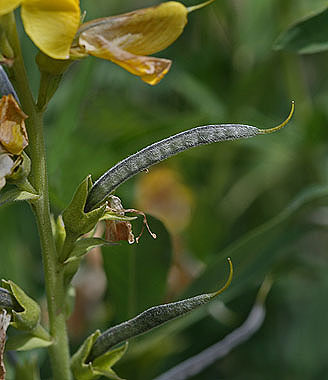 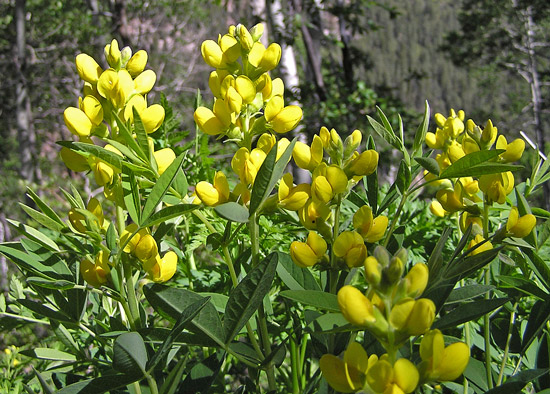 Golden Banner is is a perennial member of the legume family and also known as "False Lupine" because the pea-shaped flowers of Golden Banner and Lupine are similar.

The seeds, which resemble a green bean pod, are poisonous and should not be eaten.  Though poisonous, the beans have a pleasant, sweet flavor, which tends to attract people into wanting to eat them.  These long, thin seed pods project from the stem and are covered with small hairs. The pods grow quickly in the late spring and early summer, and they mature in late summer.

The plant can grow up to 4 feet tall and though they typically grow in large clusters, single plants are common in less hospital environments.  The leaves alternate, each with three oval or oblong leaflets. These 3 part leaves along with the beans are a very distinguishing feature of the Golden Banner when the flowers are not present.

The flowers where commonly used my Native Americans as a source of yellow dye.  Though difficult to tell in these pictures, note the 5 part flower petals of the flowers that resemble a large sailing ship.  The outermost petals are the banners, followed by the wings, with the keel located in the center 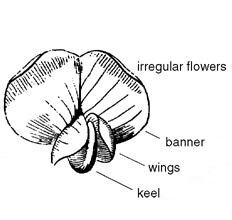