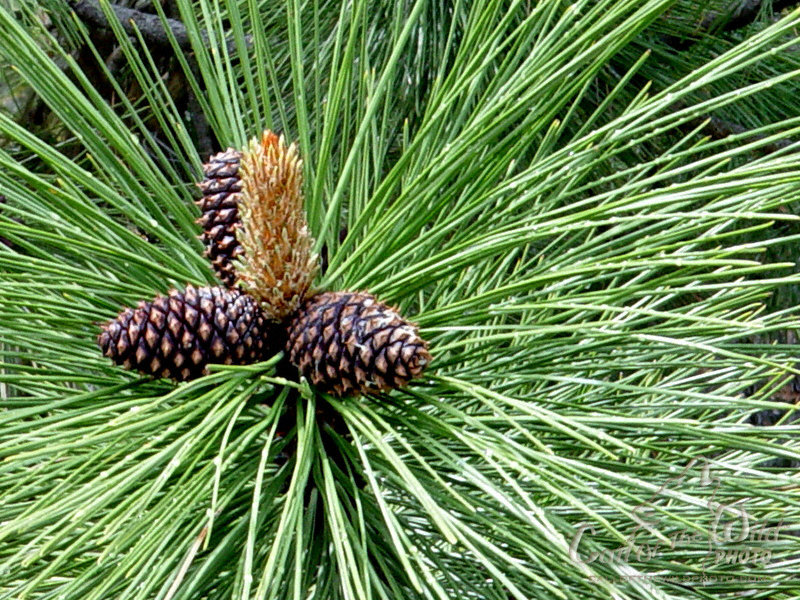 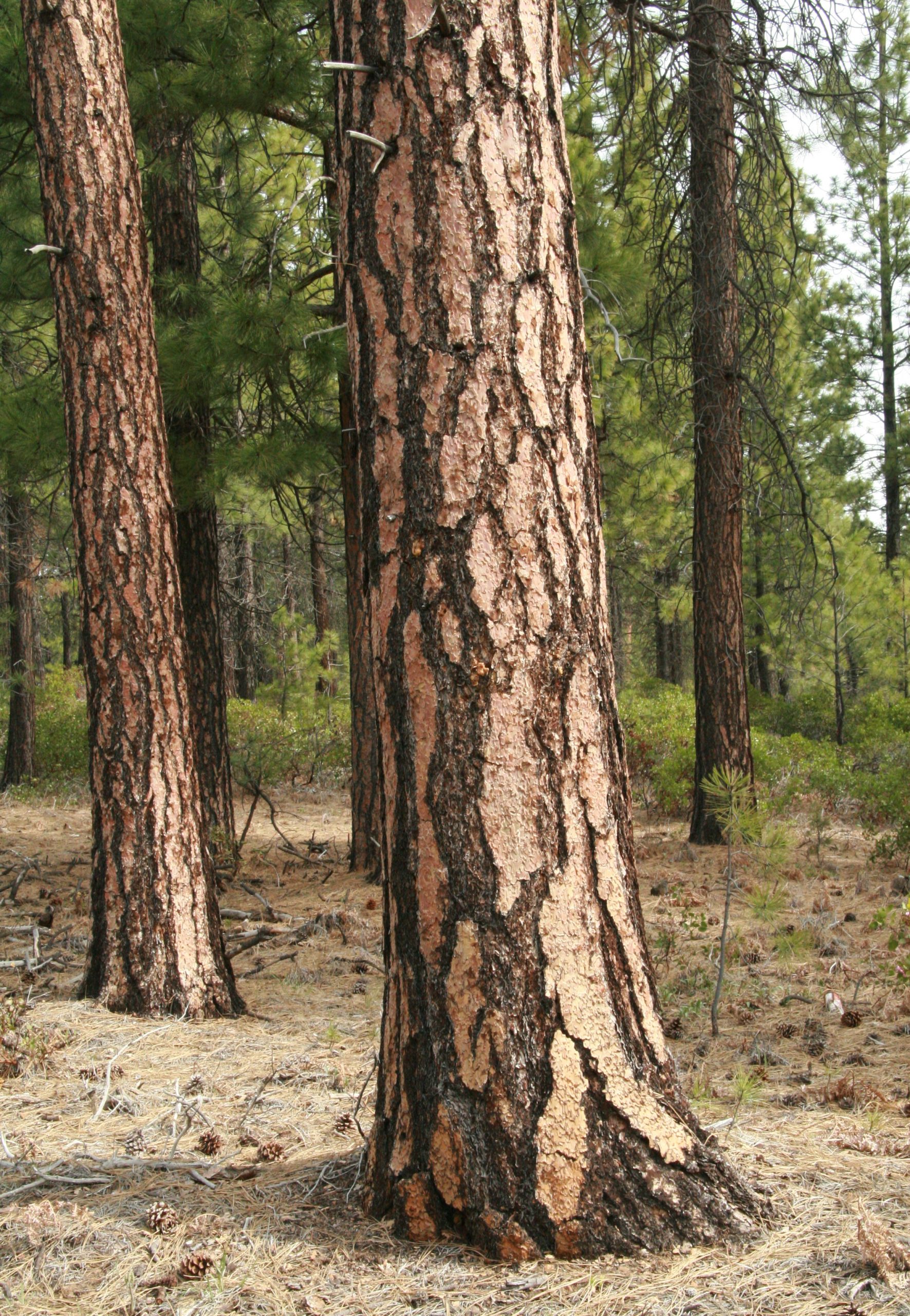 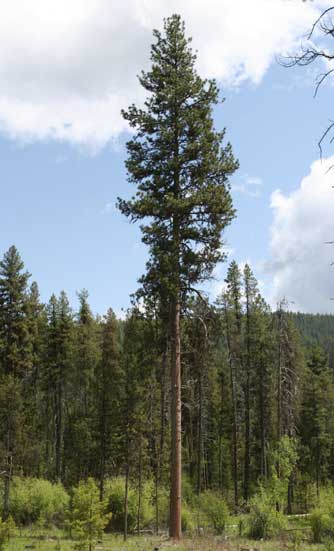 The Ponderosa Pine is usually located in the foothills from 7000 - 8000ft in elevation and can grow to over 250 feet tall.

The mature trees have a yellow to orange-red bark in broad to very broad plates with black crevices.  Younger trees have blackish brown bark.  Ponderosa pine'scan be identified by their characteristic bright green needles.  There are multiple species of the Ponderosa Pine with the the Rocky Mountains race having short (3.6–5.7 in), stout needles growing in scopulate (bushy, tuft-like) fascicles of two to three.

The tree may have the sent of turpentine.

The  small pine nuts (about 8mm long) are edible and collected by some people.  They can be eaten raw or cooked. Rich in oil, the seed has a slightly resinous flavor.  The seed can be crushed into a meal and used in making bread etc. The resin has been chewed as a gum.

Young male cones have been chewed for the juice. A vanilla flavoring is obtained as a by-product of other resins that are released from the pulpwood.

Tea made from the needles is rich in Vitamin C but should only be taken in moderation. Large amounts of evergreen teas can be toxic.

The inner bark can be eaten raw or cooked and it is best harvested in the spring.  It is more often dried, ground into a powder and either used as a thickener in soups or is mixed with flour for making bread etc.